An area of outstanding natural beauty (AONB), the Cotswolds is roughly 25 miles across and 90 miles long and stretches from Stratford-upon-Avon to Bath.

New for 2019 we are delighted to be working in partnership to bring you a selection of groups tours to the Cotswold’s … and beyond!

These scheduled tours will be fully escorted with a qualified Blue Badge Guide – Member of The Institute of Tourist Guiding. You will be chauffeured in a 12-seater Mercedes mini bus complete with a complimentary selection of soft drinks from the cool box.

Prices and description below are for guideline only. The exact timings and routes for each tour may vary throughout the year, to make allowances for shorter daylight hours in the winter and potential tourist hot spots during the height of the summer.

The period for the Spring/Summer programme runs from 1st April through to the end of October, and then Autumn/Winter from 1st November through to end of March.

The Cotswold Explorer
A Full-day tour, every Friday throughout the year, from £85.00 per person

The exact timing and itinery for this tour may vary slightly, depending upon the time of year (which impacts on daylight hours) and prevailing conditions, but a typical Explorer tour will start with a drive out west to Burford, the Gateway to the Cotswolds. The route will take us through through Minster Lovell, with its its attractive thatched houses and ruined Hall – and the beautiful villages of Asthall and Swinbrook (home to the Mitford sisters).

Continuing through the quarrying villages of Taynton and the Barringtons, we reach Bourton-on-the-Water. A succession of decorative bridges span the River Windrush as it flows through the heart of this small town, earning it the accolade The Venice of the Cotswolds, where we will make a stop for lunch.

After lunch we drive on through Stow-on-theWold to the beautiful market town of Chipping Campden. In the late 19th century this historic town was a focus for the popular Arts & Crafts Movement, with some of the key designers and craftspeople of the time setting up their workshops and studios in Chipping Campden. The Movement is still alive and well today. Here, you can browse in the quaint shops or visit the impressive ‘wool church’ and ruined manor house.

We start heading back towards Oxford, following a beautiful route which offers stunning views as we pass through the charming thatched-cottage villages of Broad Campden and Blockley. We pause in the busy market town of Moreton-in-Marsh, with its art galleries and antiques shops, before returning to Oxford via Chipping Norton and a final stop in Woodstock.

This town is the site of Blenheim Palace, one of the most imposing houses in the country, home to the Dukes of Marlborough and birthplace of Sir Winston Churchill. He is buried in the churchyard of nearby Bladon.

The Cotswold Adventurer
A Full-day tour, every Monday throughout the year, from £85.00 per person

As with the Cotswold Explorer tour, the exact timing and route may vary through the year, but the Cotswold Adventurer Tour typically introduces visitors to some of the most enchanting villages of the northern Cotswolds, starting with a drive to the ancient market town of Bampton.

One of the oldest towns in England, Bampton is now known and recognised the world over as the village of Downton in the popular television period drama about the Crawley family, who lived in the supposedly nearby Downton Abbey. Notable Bampton locations include the parish church of St Mary the Virgin, and the town library, which doubled as the entrance to the cottage hospital. The old rectory in Bampton was used for the exterior shots of the house where Isobel Crawley (Penelope Wilton) lived.

We continue via Kelmscott, the home of the Arts and Crafts founder, William Morris. The renowned textile designer was also a poet, novelist, translator, and socialist activist, and lived in the manor at Kelmscott from 1871 until his death in 1896, and is reputed to have drawn much inspiration from the beautiful landscape that surrounds the village.

We travel on to Lechlade on the River Thames, from where our journey takes us through some charming Cotswold stone villages to idyllic riverside location of Bibury. One of the most picturesque villages in the Cotswolds, Bibury straddles the river Coln, with a profusion of 16th century stone cottages, an extensive trout farm and charming gardens.

Heading up the Coln Valley we travel through a succession of stone villages, hidden valleys and stunning scenery to arrive at the beautiful Regency town of Cheltenham Spa; the capital of the Cotswolds. Famed today for the annual four-day Cheltenham Festival of horse racing, the town’s success was built upon water. A popular spa town during the Eighteenth Century, our visit includes a panoramic tour of the picturesque Georgian squares before culminating in lunch.

There is time for shopping before our return to Oxford, passing through the old market town of Northleach, with its impressive Cotswold Perpendicular-style church.

Cotswolds & Shakespeare Tour
A Full-day tour, every Wednesday through the Summer, from £85.00 per person 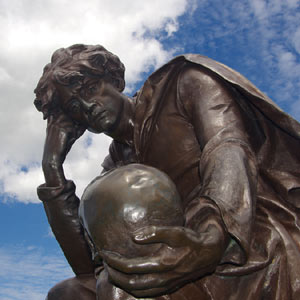 Our Cotswolds & Shakespeare Tour combines a delightful drive through some of the most idyllic scenery of the North Cotswolds with an exploration of Shakespeare’s Stratford-upon-Avon. We begin by heading northwards from Oxford to meander through a succession of delightful Cotswold-stone villages, passing close to the site of the famous English Civil War Battle of Edgehill and catching glimpses of imposing castles and stately homes. One of these – the picturesque Charlecote Park – is reputed to be where a young William Shakespeare poached deer from Lord Lucy.

Once in Stratford we begin a personal guided walk around the Bard’s home town, taking in the medieval timber-framed houses, the Royal Shakespeare Company’s theatres, and the River Avon. We conclude with an optional visit to Shakespeare’s Birthplace.

After lunch we head back out into the Cotswolds, passing Anne Hathaway’s cottage. Our bucolic cross-country route takes us through the village of Ilmington and on to Mickleton, site of the famous Kiftsgate Court Gardens, and past the National Trust’s property of Hidcote Manor.

Our next stop in Chipping Campden – the centre of the Arts and Crafts Movement in the Cotswolds. Here we pause so that you can explore the town, perhaps visiting the quaint shops, the impressive ‘wool church’ or the ruined manor house.

We follow another scenic route on our return journey, negotiating the villages of Broad Campden and Blockley and stopping in the busy market town of Moreton-in-Marsh, with its art galleries and antiques shops. The final run back to Oxford takes us via Chipping Norton and Woodstock.

This Wednesday tour is a feature of our Spring/Summer Programme, which runs from 1st April through to the end of October.

Cotswolds Taster – Half-Day Tour
A half-day tour, every Sunday, from £65.00 per person

This half-day tour is ideal for those who would love to see some of the Cotswold villages, but cannot spare a whole day, and begins by following a similar route to our Explorer Tour, visiting Minster Lovell and the delightful villages of Asthall and Swinbrook en routeto Burford. Continuing westwards, we visit Taynton and the Barringtons until we arrive in Bourton-on-the-Water, with its graceful arched bridges over the River Windrush.

We then go ‘off the beaten track’ and explore some idyllic villages, such as Naunton, Ford and Temple Guiting before heading to Stow-on-the-Wold. Enjoy exploring the narrow streets where sheep used to run and visit the quaint shops.

We return to Oxford via the charming village of Cornwell, with our final stop in Woodstock, site of Blenheim Palace and home to the Dukes of Marlborough.

Please note: Prices do not include entrance to attractions.
All tours depart from the Visitor Information Centre in Broad Street, at the heart of Oxford. However, we can sometimes pick up and return visitors to other points along our route, including Woodstock Market Place, by special arrangement. 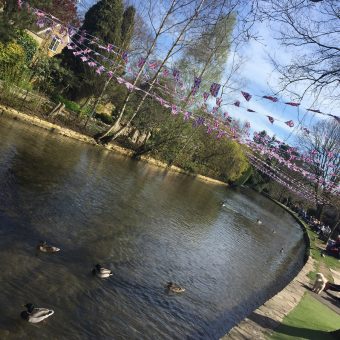 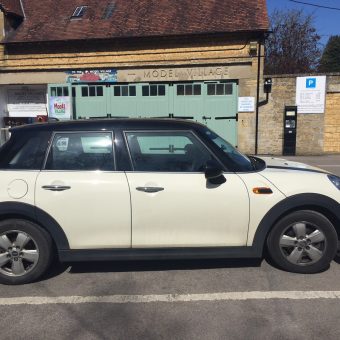 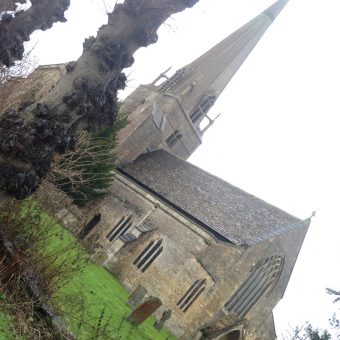 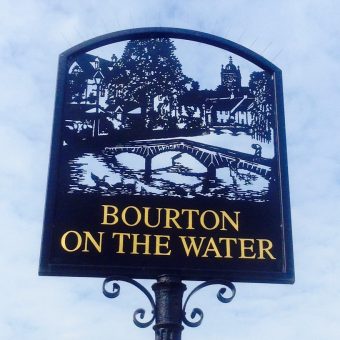 We are also able to offer a selection of private tours such as ‘Downton Abbey’ in smaller vehicles and for private tours. Please get in touch to discuss your requirements.

Nestled in the lush green countryside of Oxfordshire and 40 mins from Oxford lies Bampton. The village was chosen for the filming of Downton in the popular TV series. Come with us to discover the film location and see how rural Oxfordshire of today was changed into Yorkshire from a bygone era!