Walking Tours of Oxford is proud to work with many wonderful guides. Here are just a few of them:

Please note that Walking Tours of Oxford is a booking agent for these guides and a booking fee is charged.

I have been in the travel industry for over 20 years and have been fortunate enough to travel all over the world. I’ve been a tour guide in The Netherlands, an au pair in America and a holiday representative in Turkey. I’ve backpacked around many destinations and my work has taken me to America, Canada and Australia.

I then settled in Oxfordshire with a young family, I retrained as a Green Badge guide for the City of Oxford in 2012. I have loved discovering its secrets and sharing them with the groups I guide. Now a fully qualified tour guide for Oxford, member of The Institute of Tourist Guiding and a member The Oxford Guild of Tour Guides. Tours are predominantly conducted in English, but I can also offer tours with French and German-speaking guides.

My eldest son has just been offered a place at Oxford to start in October 2017 so I have first hand knowledge of the application process! 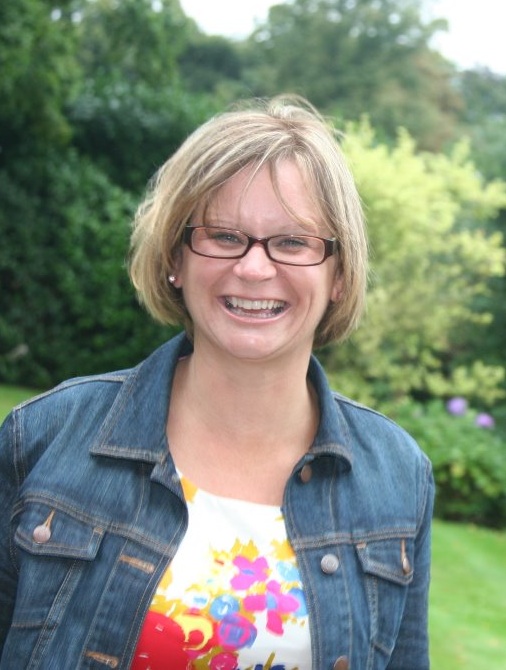 I have been working as a professional Guide in Oxford for 11 years. I was born and brought up in Scotland. Previously I was an actress working mostly in the theatre, including London’s West End, but gave it up to bring up my five children. I love Oxford, and now live nearby in the Cotswolds.

I love guiding and meet so many interesting people from all over the world. I particularly enjoy guiding young people. I am very happy to take prospective students and give them an insight to being a student at Oxford.

Elizabeth – Elizabeth leads an informative an educational tour of Oxford. When the tour is concluded the participant has developed a feel for the essence of Oxford. Oxford is a world-class city which deserves the type of tour offered by Walking Tours of Oxford. TripAdvisor. August 2018 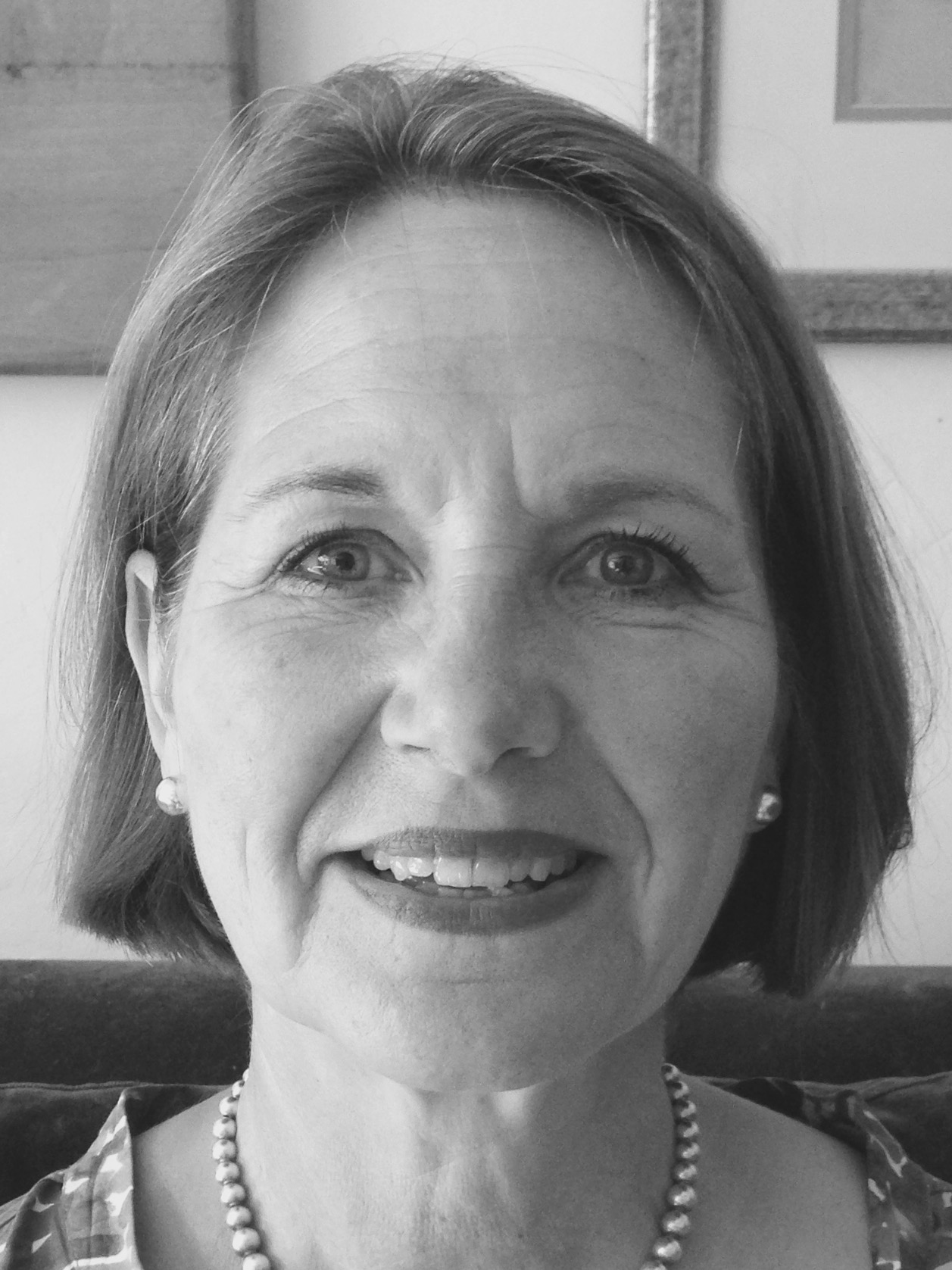 I also lead tours around the village of Bampton, the location used for filming the village scenes in TV’s Downton Abbey.

A Linguistics graduate and musician, when I’m not leading walking tours, I’m to be found playing viola in various orchestras and conducting a number of local choirs.

Kate was our guide, and she was absolutely wonderful. She shared so many insights into the city and University that one would not normally learn. I would highly recommend this tour to anyone visiting Oxford. TripAdvisor. April 2018 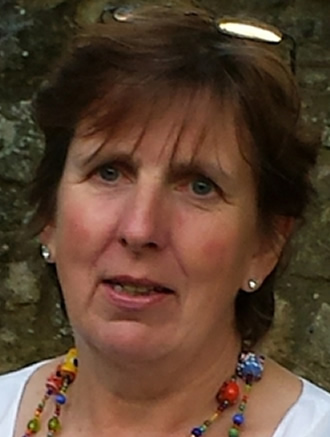 I have lived in Oxford for 17 years. I am a mother of four children so can relate to adults and young people alike and provide a tour which is fun and interesting for any age.

I am incredibly excited by the history of Oxford, the way its buildings and places tell us stories or people who lived here a long time ago, whose spaces we still share. Being German my viewpoint of the city, its history and life today are sometimes a bit different to someone who spent all their life here. I am a walking tour guide because I just love to share my passion for Oxford with those who come to visit! 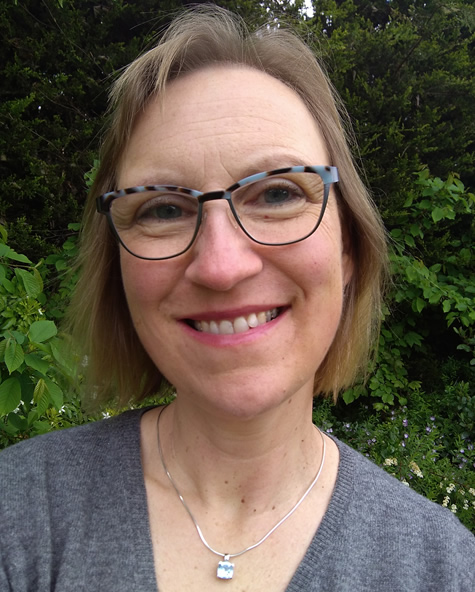 Bella Henman is an official Oxford Green Guide and a member of the Oxford Guild of Guides. She graduated in History and History of Art and has family links to the city and university of Oxford.

Her particular interests are Art, Architecture and Literature but she is equally happy to do a general tours, or tours for children with references to Alice in Wonderland, Harry Potter, C.S. Lewis, J.R.R. Tolkien and other popular subjects.

Bella was an excellent tour guide! She was very thorough in her knowledge of the many versions of Alice in Wonderland, and mixed in some Harry Potter too- (my sister loves JK Rowling). She answered all our questions, took our photos and was truly a delight to spend time with. I highly recommend Bella and using Oxford Tours for your next trip in the UK. Thank You so much! TripAdvisor. October 2018 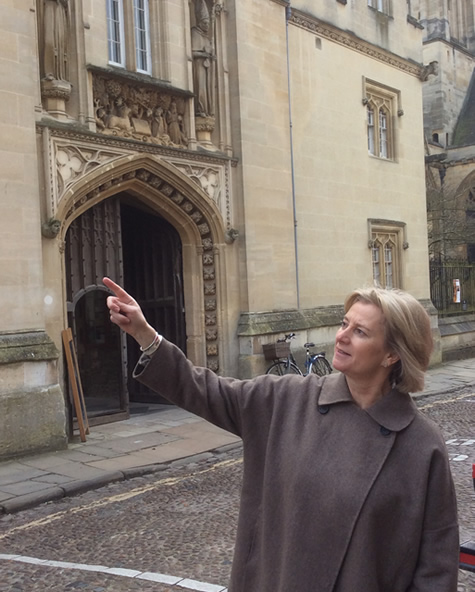 I am an experienced and qualified tour guide in and around Oxford. I hold the Green Badge accredited by the Institute of Tourist Guiding and am a member of the Oxford Guild of Tour Guides. I have lived in Oxford for many years and studied here. I love the city and the university and its history and traditions and really enjoy showing people round and sharing stories with them.

As well as general tours I offer specialist themed tours. Come with me on an Inspector Morse and Lewis walking tour and discover where many of the scenes were filmed. I also give Harry Potter and Alice in Wonderland and literary links tours.

Sandra was very knowledgeable and easy to listen. Great tour enjoyed it want to go back for more. Pace good for older people. Funny stories a good time. TripAdvisor. October 2018. 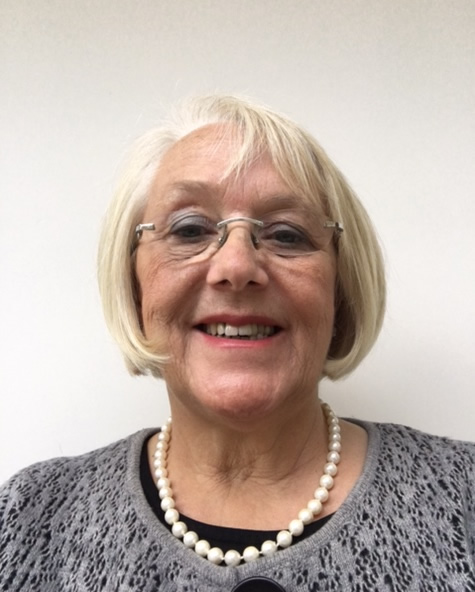 I became a tour guide in 2012, and hold the City of Oxford Green Badge from the Institute of Tourist Guiding. I grew up in a village near Oxford, spent all my school years here, and after university studies in Leeds, London, Florence and Montpellier, I returned to my roots!

After ten years in the publishing industry, and with two young children, I decided to go freelance and now dovetail editing and marketing work with tours of Oxford. I get a buzz from sharing ‘my’ city with people from all over the world and of all ages, giving them an insight into its workings and learning new things myself all the time.

I am happy to give tours in both English and French.

Susannah was great and provided our group with a wonderful overview of the history and great suggestions for how the group could spend their free afternoon.
I would definitely recommend booking a tour during a visit to Oxford as it provides so much context! TripAdvisor. March 2017

I come from a teaching background so am very used to projecting my voice and communicating with adults and children alike. I have travelled extensively since the age of 4 1/2 with and without my family meeting people from all over the world. I even taught in Hong Kong for 3 years.

I have always been interested in the tourism industry and on top of my teaching qualifications I couldn’t resist studying for a Tourism Management degree on arrival in Oxford. My love of Oxford and exploring led me to the Guild of Tour Guides training programme which I completed in 1986. I’ve been guiding on and off ever since and still discover something new every tour which I love sharing with my clients.

I am a Morse, Lewis and Endeavour fan and really enjoy taking these specialist tours. I can also offer Alice and Harry Potter when grisly murders become too much for me.

Leigh Guyatt was excellent. She was very knowledgeable. She has a passion for Morse, Lewis and Endeavour. Her stories were illuminating and interesting. Throughly enjoyed our tour with her. TripAdvisor. July 2018. 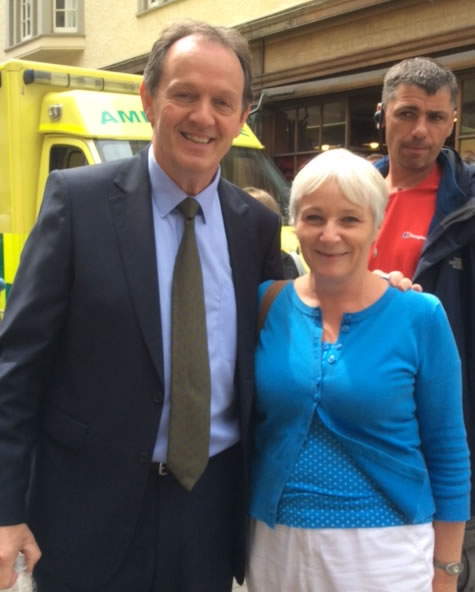 As an Oxford Green Badge guide it’s been my privilege to welcome visitors to this beautiful city over the last two years. I’ve found that exploring the University at a relaxed pace allows everyone to soak up the atmosphere of the famous colleges and gardens, while learning about the traditions, and the fascinating stories of students and fellows, past and present.

It’s always fun to include any special interests on a tour, such as the literary Oxford of Tolkien and Lewis, the decadent times of the Bullingdon Club, or the splendours of Gothic and Classical architecture. All topped off with recommendations for the best taverns or restaurants for refreshment afterwards!

Very good tour. Edward spoke clearly and was quite amusing with his quips. The group were from Mexico Portugal Germany Australia USA and England. Good paced tour.
TripAdvisor. October 2018. 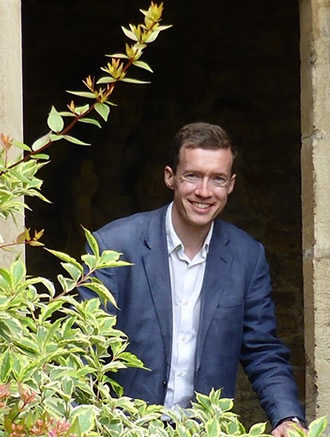 As an Oxford Green Badge guide, I have been showing people round the City of Oxford since 2005 and I still enjoy my job, love meeting people from different places and discover more every time I give a tour. Having studied Modern Languages (Russian and German) at Oxford University and done a Primary teaching qualification at Oxford Brookes University, I can speak from experience about both institutions.

My particular interests are architecture, literature, the Civil War, the history of science and medicine and Jewish heritage, in all of which I give specialist tours. However, I am also happy giving general introductory tours of Oxford and talking about Harry Potter and Alice in Wonderland. I give tours in both English and French to all ages. 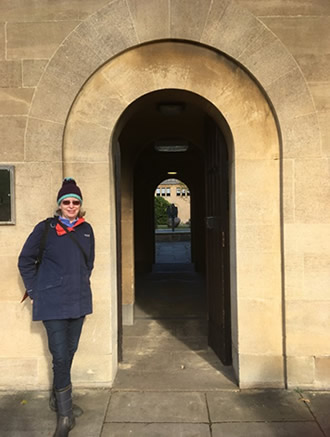 Hello, my name is Felicity! I am a professionally accredited UK Institute of Tour Guides, Green Badge Guide. A member and trainer of the Oxford Guild of Tour Guides taking tours for 11 years.

My tours aim to provide “light bulb” moments of “I didn’t know that”! They are a mixture of fun, contemporary facts, plus the fascinating history of the ancient city of Oxford. I am flexible and can tailor make my tours to suit visitors from the UK and all over the world. I want to ensure Oxford is a memorable visit. I specialise in the following tours:

Our special interests were satisfied with panache
We wanted a rather academic tour, with interests in John Henry Newman and J.R.R. Tolkien. Felicity delivered superbly. The tour was like a fun conversation with a knowledgeable friend. Highly recommended. 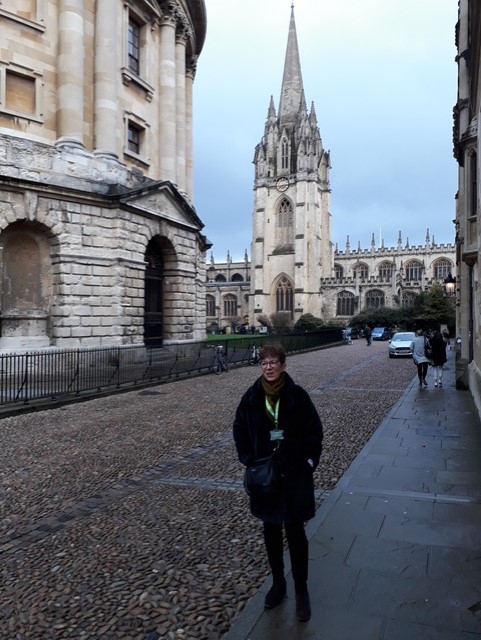 To contact one of the wonderful Walking Tours of Oxford Guides Telephone: +447833 176196 or email info@walkingtoursofoxford.com