We are delighted to introduce this Harry Potter themed tour and other film sites.  Operating on Wednesdays in April, May and June with possible extension beyond.

An opportunity to join your blue or green badge guide on a 1-hour & 45-minute magical journey and visit some of the filming locations and inspiration of Harry Potter and other films.

Each tour is unique and the best route will be chosen on the day by your guide to really get the most out of your time in Oxford and to take account of any closures or events.

We aim to visit two locations used in the filming of scenes from Harry Potter as well as see locations of other movies that used Oxford’s stunning and ancient architecture as the backdrop. At the end of the tour we will leave you at Christ Church, a third filming location for Harry Potter and you have the option to visit independently. Entry to Christ Church is not included but your guide will advise you about what to see.

As fully qualified guides, we have the ability to give up to date information, judge the best route on the day, plan the best college to visit and weave the stories to your interests. 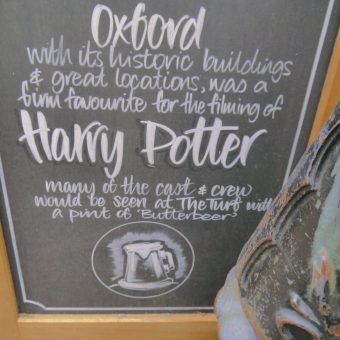 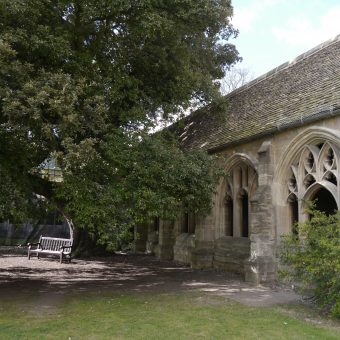 When Harry Potter and the Deathly Hallows, the 7th and final book was released it became the fastest selling book in history! Such was the success of these books that it was only a matter of time before movies were released.

Oxford, an hour from London and with so many stunning buildings, is the perfect backdrop for many movies. There can be no doubt that the most famous of these featured a boy wizard by the name of Harry, but there are plenty more to be discovered. Come with us as we lead you through Hogwarts, or at least parts of it!

We will be talking about the inspiration, the writers and the actors associated with the books and movies.

To cover Harry Potter in Oxford we would need to visit three buildings with entry fees totalling around £13 per person. Alternatively, we can select one or two locations. Please note that we cannot guarantee entry to these building as they can close at a moment’s notice.

Please get in touch to discuss options and your requirements.

Disclaimer
This tour Is in no way connected to Warner Bros. studios, Harry Potter franchise or J.K Rowling.

“Excellent tour of the film sites in Oxford”

Reviewed 23 April 2016
Heidi gave us a great tour of well-known and lesser known sites in Oxford that have been used in films and TV. She catered the tour to make sure our children saw everything they were expecting. We would not hesitate to recommend Heidi as a tour guide if you need something a little more than the standard tour!

Reviewed 13 June 2015 via mobile
We’re a family of four and took the tour in the rain. The tour was tailored to our interests – for example, Harry Potter. My 13 yr old and my 9 yr old both really liked the tour and endorsed our 5-star rating. My 9 yr old – an old hand at tours by this point – said this was the best tour because the guide took a personal interest and didn’t rush him. I know there is the “official tour” at the visitor center and the “free” tour, but those were PACKED with 30 people trailing around. No thank you. For a relatively small amount of money more take this private tour instead. It’s worth it.